Al-Haytham in Genshin Impact: a guide to the best builds 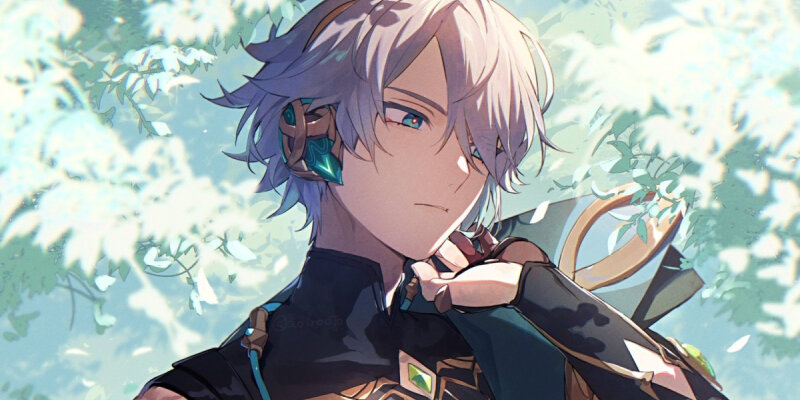 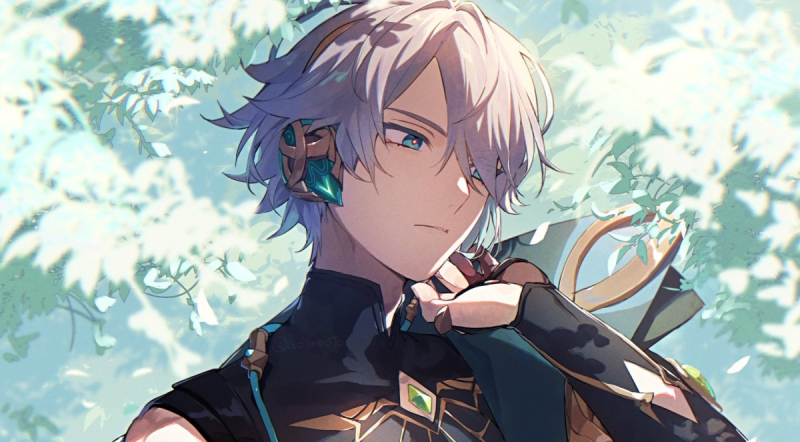 In Genshin Impact, al-Haytham is a 5-star character who possesses Dendro God's Eye and wields an excellent one-handed sword. In a group, he can act as the main damage dealer. In this guide you can find out about his best builds, weapons and artifacts, as well as the most optimal commands for him.

Note: The secretary of the Twilight Academy has not yet been officially released, so the data presented here is based on information received as part of the beta testing. If necessary, we will update the guide when the hero appears in the game. In addition, his banner with an increased drop rate will be launched in update 3.4.

How to get al-Haytham

In the first phase of update 3.4, this swordsman will appear in the banner, which will increase the chance of his drop. Thus, it will be possible to get this character only with the help of Prayers. Unfortunately, miHoYo has never hosted an event that rewards a 5-star fighter, so you won't be able to get al-Haytham for free.

The table below shows how a character's base stats change as they level up.

Advantages and disadvantages of al-Haytham< /h3>

Thanks to his unique abilities, the secretary of the Academy is perfect for destroying both strong single opponents and large groups of enemies. Its main advantages include: 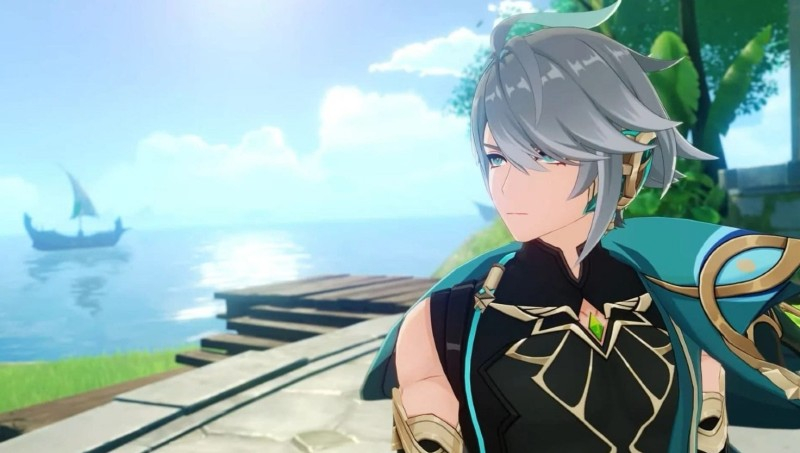 However, it was not without a few drawbacks, some of which come straight from its advantages:

When performing a normal Abductive Argument attack, the secretary performs up to 5 blade strikes, and when charged, makes a couple of quick sword swings, consuming a little stamina. In the event of an air attack, it lands on the ground, dealing splash damage.

After casting the elemental skill Universal: Form Enhancement, the swordsman dashes forward, dealing damage to nearby Dendro enemies and creating a Mirror of Light. If you long press the skill button, the player can choose which direction the character will dash in.

When the E-shka is activated, one Mirror of Light will spawn. If at that moment there were no mirrors on the battlefield, then one additional light mirror appears. These objects have the following properties:

If you activate the elemental explosion “Special Field: Phenomena Interconnection”, then the character will deal multiple damage to Dendro over a wide area. If there are mirrors on the field, they will all disappear, increasing the number of times the damage is dealt with the ult. Two seconds after the ability is cast, 3/2/1/0 new mirrors spawn if 0/1/2/3 mirrors were consumed, respectively.

Not to mention the special passive skills of this talented Twilight secretary:

To open them, you need Character Luck, which can be obtained by dropping hero duplicates. Given the low chance of getting 5-star fighters, then you will need a lot of money and time to unlock all the constellations. However, even without them, al-Haytham is able to perfectly fulfill his main role.

If you are still aiming to open the constellations, then we advise you to try to get C4 or C6: the first allows you not only to increase the damage of the hero, but also to strengthen his squad, and the second significantly strengthens the character, increasing his crits. All constellations are described below:

How to play as al-Haytham

This character is great for creating various Dendro reactions, however has two playstyles: the first makes him closer to the ult-procasters (they deal the main damage with an explosion of elements, and then they usually go “into the pocket”), and the second turns him into a hyper carry.

Let's consider the first option first. The rotation in this case will look like this: 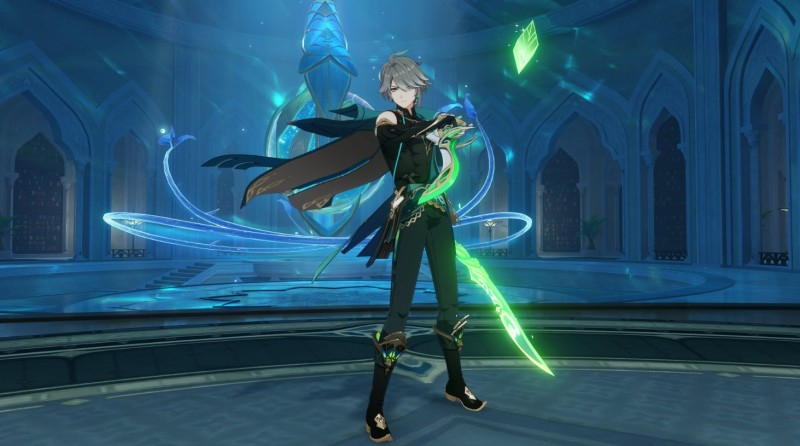 In the second option, the secretary of the Academy is on the battlefield almost all the time, so he needs secondary damage dealers and support characters, whose skills work out of pocket, much more. The rotation will look like this:

< li>Next, immediately apply an elemental burst of al-Haytham, sacrificing the potential damage from it, in order to immediately get 3 mirrors of light. Strike your enemies with normal attacks, dealing increased damage to them with Dendro projection strikes.

As for the charged attack, you can hold it in case the mirrors are gone, and the hero's skills have not yet been restored. As a result, you will be able to maintain Dendro's infusion with the hero almost all the time.

However, no one bothers you to use both styles of play even within the same battle. This is especially true when the 4th Constellation is open. With it, you can increase the MS of other squad members in the first rotation to increase reactions after using the ult and switching to other DPS, and in the second – to increase the damage of al-Haytham himself.

The best builds for al-Haytham< /h2>

In order for al-Haytham to play his role to the maximum, it is necessary to give him a one-handed sword with an additional characteristic for attack power, crits or elemental mastery. Of course, the hero should also benefit from the passive ability of the blade. The table below lists all eligible weapons.

If al-Haytham is the only Dendro character in the squad, then we highly recommend giving him a full set of “Memories of the Deep Forest” artifacts, 2 parts of which increase Dendro's damage bonus by 15%, and 4 parts – if hit by an ult or elemental skill, reduce resistance enemy to Dendro damage by 30% for 8 seconds. The bonus is activated even if the character is not on the battlefield. It can be found in the Spire of Lonely Enlightenment dungeon.

If you have a Dendro sub-DD or a support, it is best to give the above set to him by collecting a full set of Gilded Dreams for al-Haytham, 2 parts of which increase elemental mastery by 80 units, and 4 parts increase attack power by 14% for each fighter in a unit with the same god's eye and elemental mastery by 50 points for each hero with a different element. The effect occurs every 8 seconds and occurs even if the wearer of the set is not on the battlefield. It can also be obtained from the Spire of Lonely Enlightenment.

If you don't have a full set of Gilded Dreams, you can temporarily combine it with other artifacts that increase elemental mastery, such as Instructor, Wandering Ensemble or “Flower of Paradise Lost”. The first two drop from elite bosses, while the last one can be obtained from the City of Gold dungeon.

As for the main characteristics of the artifacts, then take the hourglass for elemental mastery, the bowl for the Dendro damage bonus (or elemental mastery), and the cap (crown) for the chance of a critical hit/critical damage in a ratio of 1 to 2. The priority of choosing additional attributes is as follows way: Crete. damage > Crit chance. hits > Elemental Mastery > Energy restoration.

The best commands for al-Haytham

We already noted above that this character goes well with Electro, Pyro and Hydro heroes, especially if they are able to impose elemental statuses outside the battlefield. He will also need a second Dendro fighter to create a resonance and wear “Memories of the Deep Forest”.

You should also not forget about good shieldmen, which can belong to other elements that do not interact with the Dendro element, for example, Zhong Li ( Geo) or Laila (Cryo). The optimal units are shown in the table below. 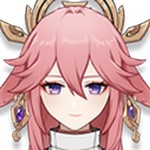 You have to search and collect many different materials, namely :

If we talk about the priority of pumping abilities, then it is recommended to pump ordinary strikes, an elemental skill and an elemental explosion at the same time up to about the 6th level. After that, if you prefer to use the hero as a procaster, then first get his ult to the maximum, and then finish off E-shka and simple attacks.

If you plan to play through infusion, keeping al-Haytham on the battlefield all the time, then first of all increase his normal attacks, and only then pump the elemental skill and elemental explosion.

How to raise a character

Get ready to search and collect a large number of different materials. Below is a list of them and how to get them.

You can get Nagadus Emeralds from Feathered Mold and Hypostasis Dendro. Pseudostamens can be obtained from the boss Unut Setekh, who lives in the Sumeru Desert. Sand Wen larvae are a local curiosity of Sumeru. In a separate guide, we will indicate their location. 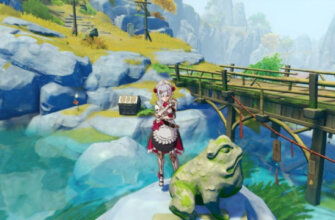 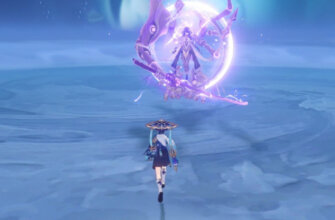 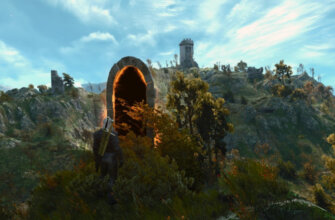 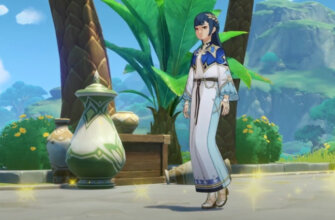 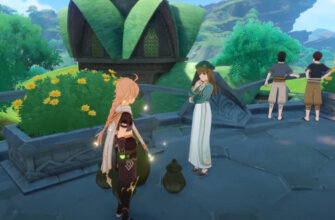 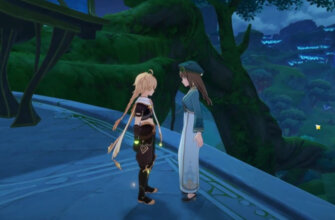 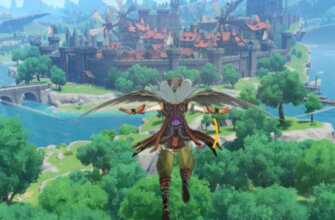 Wild Race in Genshin Impact: How to Start and Collect Field Balls
In Genshin Impact, the Wild Race is an update 3.
01
wpDiscuz
This site uses cookies to store data. By continuing to use the site, you consent to work with these files.