Monument puzzles in the Sumeru Desert in Genshin Impact: how to find and solve

Elemental monument puzzles in the Sumeru Desert in Genshin Impact are common when exploring tombs and completing quests. Some of these puzzles are quite difficult to solve, so we have prepared a guide where you will see all the places with riddles and their solutions.

Where to find riddles with elemental monuments in the Sumeru desert

Total there are 14 totem puzzles in the desert – all marked on the map below.

The dungeon is located west of the dune of Feast. In order to open it, you have to solve the puzzle with Pyro totems.

The order of ignition of the monuments can be understood by the number of burning flowers next to them. The first totem – to the left of the dungeon – has no flowers at all.

Next totem costs to the right of the entrance, next to it is one flower. If you suddenly fail to light the monument, try to get closer – the flowers are surrounded by invisible walls that can interfere.

The third monument is behind the wall from the first. On the same side is the next totem with 3 colors.

The last monument is to the right of the entrance, about 4 flowers. In addition to the unlocked dungeon, you will receive a rich chest.

Dendro monuments near the Dune of Feasts

Find an oasis south of the dune entrance. On the island in the middle of the pond, take the Dendrogranums and break the 3 sealed stones. Dendrogranums have the first Dendro monument. After activating it, go to the others – you will need to defeat the monsters next to them.

After activating all the totems, use the four-leaf symbol to go up to the rich chest.

From the teleport, run to the specified location. You have to light up 4 Pyro Totems fairly quickly. To do this the first time, we advise you to take Ember to the team, throw the Bunny at the monument on a hill, and then run forward and light the rest of the totems with a bow. The reward is a normal chest.

Pyro totems in the west of the desert

From the tomb of King Deshret, run southwest, almost to the very edge of the map. Here you will find three Pyro-locked monuments, and next to them are time trials.

The first challenge is a battle with the Primordial Construct, which takes 1 minute. We advise you to take an Electro hero to the team in order to quickly remove the enemy from the state of invisibility and successfully complete the battle.

The second challenge is to collect 20 Dendro Particles in a minute. The particles follow each other, so it's pretty easy to assemble them.

For the last test, you will need an archer. You have to blow up 6 powder kegs per minute. The totem is across the wall from the test.

After activating the monuments, you will receive a rich chest.

Pyro totems and dendrocules at the Dune of Tricks

From the dune, run south, you will see ruins and a Dendroculus surrounded by an invisible wall and three Pyro Totems. Light them up and the wall will disappear and you can take the oculus.

You can get to the location with this puzzle during or after completing the Afratu's Dilemma quest. You have to use the golem and destroy all the stones that are highlighted on the screen. This will unlock the Break the Encirclement achievement and unlock the entrance to the cave.

Going deeper, you will find yourself in a large room with Electro monuments, molds and time trials. We advise you to immediately get rid of the enemies so that they do not interfere with the solution of the puzzle.

The first challenge is to collect 22 Dendro particles in 100 seconds. The particles are arranged one after the other, forming a circle, so there should be no difficulties.

The second challenge is to defeat three enemies (a carrion and two moulders) in 75 seconds. The fight is not too difficult, but we recommend taking characters with the ability to tie so that the mobs do not scatter around the location, and also drive them into the water to use Freeze.

Finally, the last challenge is to blow up 5 powder kegs in 30 seconds. Easily done with an archer.

Each challenge you complete unlocks a new Electro Monument. Activating them will unlock the last totem, located next to the mystery reward – a luxury chest.

From the teleport, climb to the very top of the mountain. There is a Dendro monument and a rich chest surrounded by an invisible wall. To receive your reward, activate the totem and use the four-leaf symbols that appear to fly up to the chest from above.

In the northwest of the previous location, there is another riddle, only with Pyro monuments. You need to set fire to 4 totems in the order shown in the picture below to get a rich chest.

From the teleport, run a little north. Here, near the ruins, there are 4 Pyro monuments, next to one of them – Hermits and an explosive barrel. Totems do not burn for long, so for greater speed, we advise you to take an archer and a catalyst to the Pyro team. With an archer we shoot at a distant monument near the barrel, with a catalyst we light the nearest totems.

Pyro monuments near Dune of Subterfuge

From the dune, head northeast. Here are 4 Pyro Totems with a burning flower in the middle. If they are hidden by sand, then develop it with Anemo.

Monuments must be activated very quickly, preferably at the same time. There are several ways to do this: apply the character's Anemo skill to the flower (Sucrose, Kazuha's elemental ability, Sayu's ult, Genie, Venti) or ult Pyro with a character like Bennett, Yan Fei or Xiang Ling.

Pyro totems in cave in the tomb of King Deshret

You can get to this location as you progress through the quest “The Secret of al-Ahmar”. If the quest has already been completed, teleport to the underground point in the southwest of the tomb. Run forward and down to the right cave.

At the fork, turn left, in the room with several doors, take the furthest one. Once in a large cave, run to the left, past the Fatui camp. You will be taken to a cliff, from which a puzzle with Pyro totems will be visible.

Twist the monument cage and it will gradually unlock each one. The reward for activating the totems is an amazing chest with the “Desert Wall: Strong Defense” blueprint.

From the previous puzzle, run south and climb up the four leaf symbols. After reaching the Wither Zone, go down into the left cave.

When in a room with Pyro monuments, light them in order from lowest to highest, using the airflow. As a reward, you will receive an amazing chest with the “Desert Drapery: Sunset” blueprint.

You can get to the last puzzle in this location from the teleport south of the tomb. Approach the two statues, go up the stairs and turn towards the cave. Activate the cell of eternal light on the right side first, then on the left. Soon the monuments will be unlocked and you will be able to pick up a rich chest.

Electro totems in the ruins near Dune of Subterfuge

From the dune entrance, run south to other ruins. We described their detailed walkthrough in a separate guide about the achievement “How to write a report on excavations”. Towards the end of the dungeon, you will come across 4 Electro Monuments. They must be activated in the order indicated by the number of Primordial Constructs next to each totem. The reward is a rich chest.

These are all elemental totem puzzles in the Sumeru Desert in Genshin Impact. We hope that our guide will help you find and solve all these riddles to get valuable rewards. 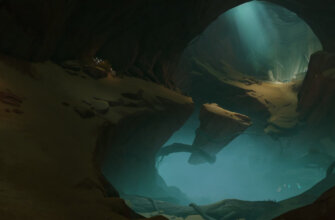 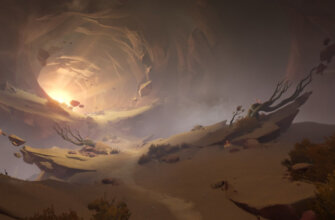 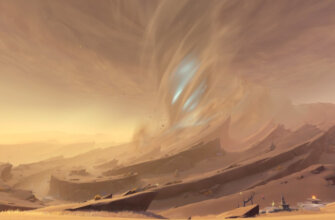