The Mad King Rift in Diablo Immortal: how to get through and defeat the Skeleton King

Detailed guide to clearing the dungeon and killing all bosses.

The Mad King’s Rift in Diablo Immortal is the first dungeon in the game. It is also one of the most popular dungeons, as it gives a large amount of experience and offers a high chance of dropping a legendary item or set.

This guide provides detailed information about monsters and location items, as well as strategies for fighting the main opponents (bosses).

Pay attentionthat the information in this article is subject to change after the official launch of the game on June 2, 2022. Keep for updates.

Where to find the Mad King’s Rift in Diablo Immortal

The Mad King’s Rift is located in the northeastern part of Ashwold Cemetery.

How to get to the Mad King’s Rift

The dungeon opens between 17 and 20 levels during the storyline in Ashwold Cemetery. In the process of completing important missions, the player learns that Letes (Lethes) took possession of one of the fragments of the stone of the world and with the help of his power intends to resurrect the dead in order to find the sacred tombs of Queen Asylla (Asylla).

While the necromancer Xul holds Lethes back in battle, the protagonist, alone or as part of a group, will have to enter the Mad King’s Rift to prevent the traitor from taking possession of the Skeleton King’s soul.

The dungeon consists of three floors.

The most efficient way to progress is to move to the end of each room, killing all the enemies on the way, until the boss spawn is reached. In the dungeon’s throne room, in turn, players will face three magical barriers, to destroy which they will have to defeat all the monsters.

The dungeon can be farmed again and again, spending a minimum amount of time on each run.

Sir Gorash was a loyal knight in the kingdom of Khanduras until he fell under the protection of hell from the curse of King Leoric . 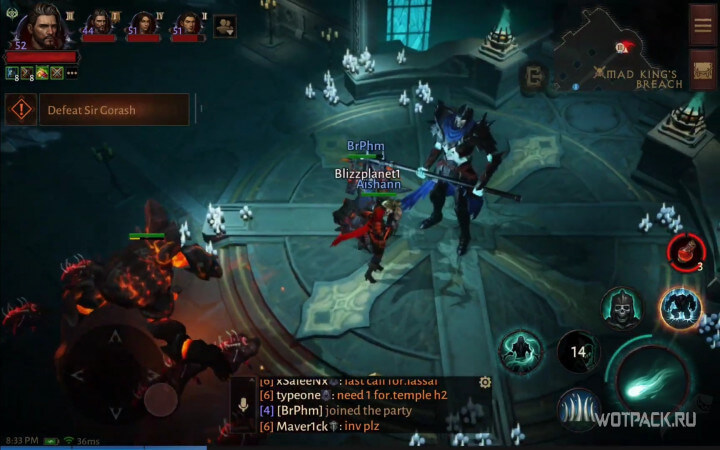 As soon as Sir Gorash appears in the peculiar arena, hit the rats hiding near his left side.

They can also be “pulled” without being killed to maintain the 100 kill bonus.

Immediately after the characteristic voice call, the boss will create a wall – a kind of trap that will drag everyone who was in the area of ​​​​the attack. Of course, it can be avoided by dodging the blow in time to take a position behind the armored skeleton and deal devastating damage without hindrance.

Attacks to pay special attention to:

After killing Gorash, before you go to the next floor, do not forget to collect all the experience points (Experience Globes).

How to kill Manoruk the Gatekeeper

Manoruk is the second boss in the Mad King’s Rift dungeon. To get to him, go to the end of the courtyard gate.

The magician will appear only after killing all the undead in the room.

Main boss attacks to watch out for: 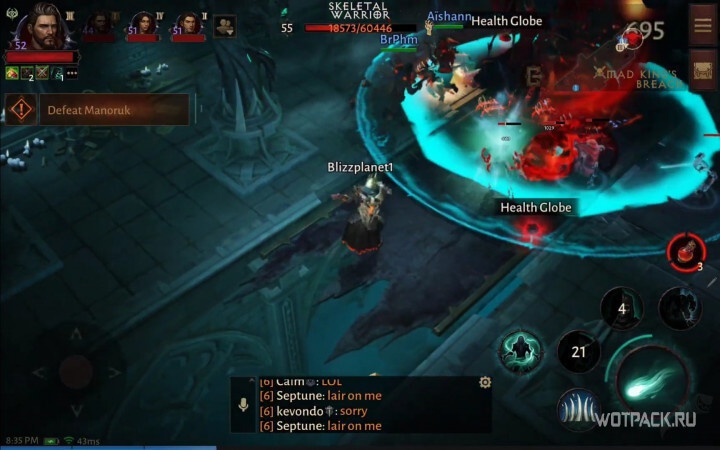 When Monohand has about 50% HP left, he will summon three moving walls consisting of skeletal skulls that fill the entire arena. Their damage can be avoided in the safe zones in the center of the room. 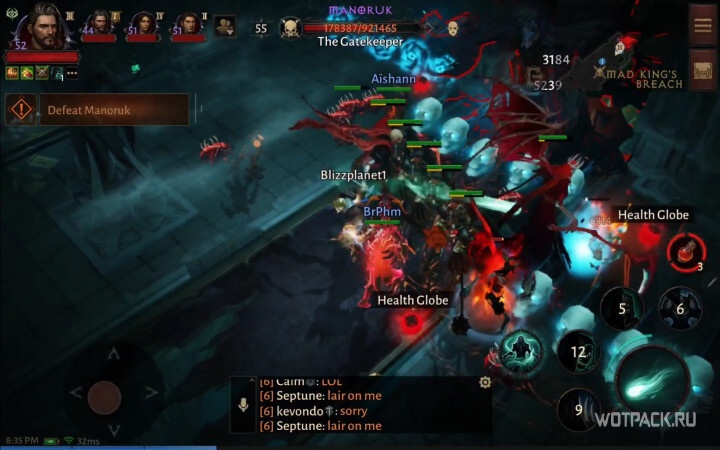 During this attack, Necromancers can summon a bone wall to absorb skull damage, and Crusaders can cast a shield, absorbing incoming damage, on all team members.

How to kill the Skeleton King

How to get to the boss

Third roomin the Mad King’s dungeon starts at the foot of the stairs leading to the throne room.

It is guarded by two gargoyles – they can be ignored by moving to the end of the room. However, most of the enemies running behind will still have to be killed to disable the barrier that blocks the path further.

When the barrier is down, focus on the Archers that spawn, then the Warriors. If necessary, drink a health potion to restore the spent HP, and then open a treasure chest nearby – it will replenish the expended life flasks.

The next barrierunlocked after killing all the skeletons. If it still doesn’t skip ahead, it probably skipped one (or more) mobs in the area next to the south wing stairs.

In the next zone, the heroes will meet again two gargoyles and several royal guards. Kill them to disable the barrier leading to the throne room. 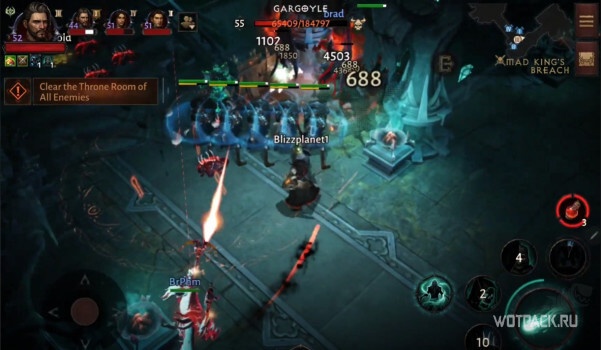 Afterward, clear the opened room of all enemies: kill the royal spearman first, as he attacks from afar. 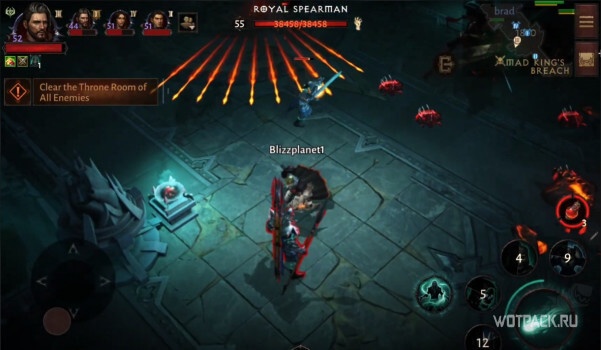 Then go to the throne for the boss to appear.

How to kill boss

The Skeleton King has several special skills that can be avoided by moving to the side. First attackoccurs shortly after the start of the battle: if you see a large turquoise circle, then the boss is about to hit the ground with his weapon – this will deal a lot of damage and stun players who fall into the area of ​​effect. Before hitting, a voice-over will play: «Bow to your rightful king«.

If the boss loses 1/3 health, summons a horse and mounts. After a while, a much larger circle can be seen, which will signal the area of ​​effect around the Skeleton King, in which case it is better to move away.

In addition, once the battle starts, the room will be surrounded by three ghostly wallsgradually narrowing towards the center. Try to stay away from them.

If you don’t kill the Skeleton King before the walls converge in the center of the room, the squad will start taking AOE damage all the time.

Teal line signals that the boss is about to attack in that direction. Move away or he will knock you back and deal instant damage.

When defeated, the Skeleton King may drop a Legendary item and/or set of items depending on the percentage of Magical Find stats.

This stat is upgraded later in the game as the Legendary Gems rank up.

Depending on the characteristics of the magical find, the chances of getting a set from any of the bosses in the Mad King’s dungeon increase. The following are mostly Strength items, but you can also find some Intel items here: