Wanderer (Scaramuccia) in Genshin Impact: a guide to the best builds 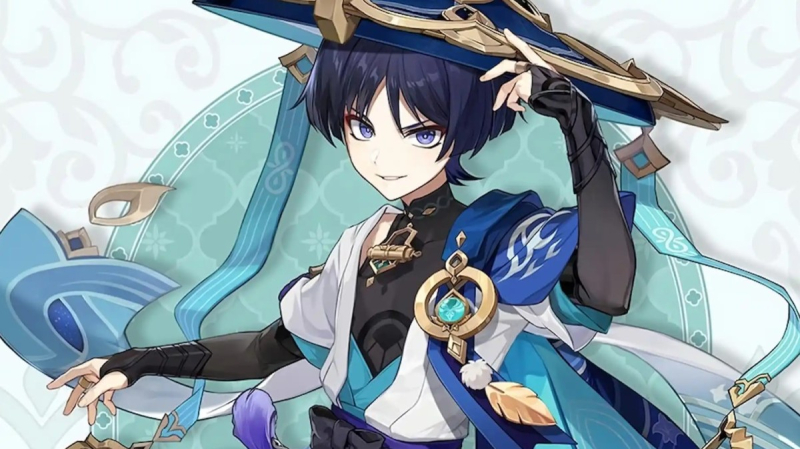 In Genshin Impact, Wanderer (Scaramuccia) is a 5-star Anemo character that uses a catalyst in combat. In a squad, he can perfectly serve as the main damage dealer. In this guide, we will tell you about his best builds, weapons and artifacts, as well as indicate the most optimal teams for him.

Note: Scaramuccia has not yet been officially released, so the data presented here is based on information received as part of the beta testing. If necessary, we will update the guide when the hero appears in the game. In addition, his banner with an increased drop rate will be launched on December 7th.

The main features of the Wanderer

How to get the Wanderer

In the first phase of Update 3.3, the former Harbinger of Fatui will appear in a banner, increasing its drop rate. In the future, this hero can only be obtained with the help of Prayers. Unfortunately, miHoYo has never hosted events where a 5-star fighter would be a reward, so you definitely won’t be able to get the Wanderer for free.

The table below shows how a character's base stats change as they level up.

< h3>Advantages and disadvantages of the Wanderer

Using his unique abilities, this hero can deal significant damage to both single targets and entire groups of enemies. Its advantages include: 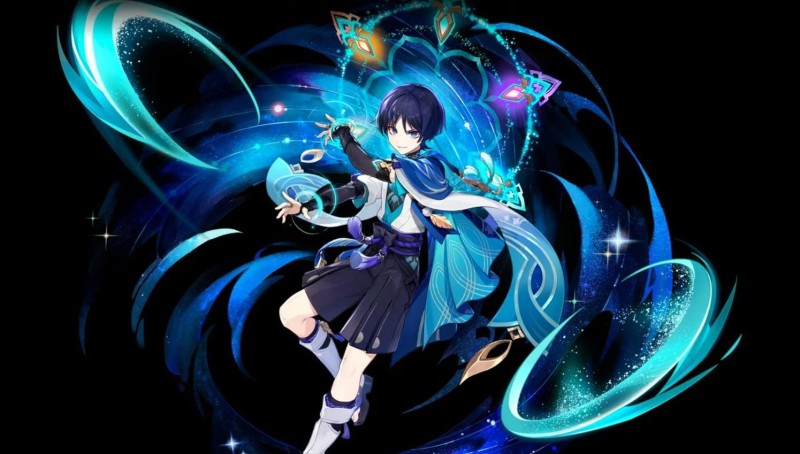 However, there were some drawbacks, namely:

When performing a normal Yuban meigan attack, the character makes up to 3 swings of the wind blade in front of him, and when charged, casts a short spell that deals damage to Anemo in an area and spends some stamina. When attacked while falling, it gathers wind energy and lands on the ground, attacking all enemies in its path and dealing AoE elemental damage afterwards.

After using the elemental skill “Hanega: Windsong”, the hero hits Anemo with an area blow and enters Wind's Chosen mode, which unlocks certain mechanics listed below.

The Wanderer exits the indicated state not only when the kugo-river is used up (100 units in the base), but also when the elemental skill is activated again. The cooldown of the skill is 6 seconds.

Kegen: Five Ceremonial Acts Elemental Explosion gives you the ability to deal five times Anemo damage in an area. It also ends the skill if it has been activated. The ultimate has a 15 second cooldown and a cost of 60 energy.

Constellations of the Wanderer

To open them, you need to accumulate the Luck of the character, issued when duplicates of the hero fall out, which, of course, is random. Given the small chance of getting 5-star heroes, you will need to spend a lot of time and money to unlock all the constellations. Although even without them, Scaramuccia can perfectly play the role of the main damage dealer.

If you still decide to try your luck, then we recommend that you stop at C1 and C2, which will bring you maximum benefit with a minimum of cash costs. The list below shows all the constellations and their bonuses.

How to play the Wanderer

Scaramuccia resembles a hyper carry in many ways (for example, Saino, Eola, Xiao and Itto can be attributed to them). We are talking about the main damage dealer, who needs to be on the battlefield much longer than the rest of the team. It is he who deals most of the damage to enemies. Allies either deal out-of-field damage (using their abilities) or buff their main damage.

Hyper carries are different from normal ones in that they have to constantly be in the heat of battle. For example, Xiang Ling is considered a carry, as she often deals the most damage in the group, however, you cannot add the hyper prefix to her, because she does not spend most of her time on the field.

Wanderer stands out from other Anemo damage dealers like Xiao in the fact that he can fly and hover while attacking. This makes him a great character to explore the world around him. He is also the only one with a Catalyst that specializes in normal attacks, allowing players to just have fun pressing buttons without thinking too much about rotation. That being said, gamers will always have options to increase their damage cap.

Unfortunately, to reach the maximum potential of the Wanderer, it is necessary to pair him with a 4-star support that debuts in the same banner as him. We are talking about the archer Faruzan. The thing is, she offers Anemo DPS support that other currently released characters (without opening constellations) can't provide.

It should also be remembered that the Wanderer is quite energy-intensive, so he often needs a second Anemo character that will generate particles for him if you are going to use his elemental explosion a lot (relevant at C2). In some cases, his energy recovery should be 180-200%. With a second Anemo, battery, or fighter equipped with a Favonia weapon, the HP requirement is reduced to 150-170%. 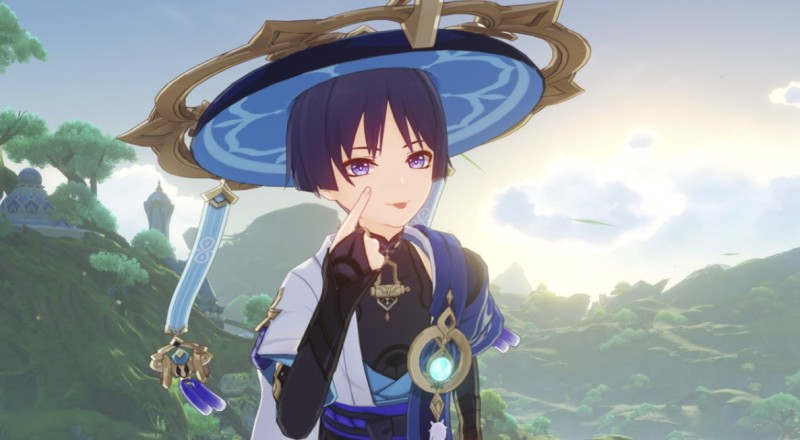 If you don't have the 2nd constellation, then we recommend not increasing the energy recovery at all, focusing solely on strengthening Scaramucci's normal attacks – this way you can achieve more damage.

As for the rotation itself, it is quite simple and does not require any special knowledge:

Let's add that the priority of absorbed elements by the Jade Flower is as follows: Pyro > Hydro > Cryo > Electro. At the same time, it is very difficult to control which elements will be absorbed (with the exception of Pyro), since this is strongly influenced by the factors of the surrounding world. For this reason, we do not advise you to try to build the entire team around a particular infusion.

Best builds for the Wanderer

When choosing a catalyst, priority should be given to those that increase attack power, crits and elemental mastery, as well as enhance normal and charged attacks, since you will mainly play from them. The table below shows the most interesting options.

The best option would be the “Chronicles of the Halls in the Desert” set, 2 parts of which increase the Anemo damage bonus by 15%, and 4 parts increase the speed of normal attacks by 10% for 15 seconds when a charged attacks on enemies. Damage from basic, charged and falling attacks is increased by 40%. Can be found in the new dungeon.

If you have not farmed the above set yet, you can take the full set of Shimenawa's Memories, 2 parts of which increase the attack power by 18%, and 4 parts – in the case of using an elemental skill, the character spends 15 units of energy (if any), and damage from normal and charged hits is increased by 50% for 10 seconds. The bonus does not stack. It can be obtained from the Maple Hall dungeon.

You can also combine two sets, for example:

As for the choice of the main characteristics of artifacts, the hourglass should be taken for ATK%, the goblet (cup) for the Anemo damage bonus, and the crown (hat) for critical damage/critical hit chance (2 to 1). If you are going to play from reactions, then take everything to the mastery of the elements. Among the additional parameters, priority should be given to elemental mastery, crits and energy regeneration.

The best commands for the Wanderer

Scaramucci needs supports and sub-DD that can buff his Anemo damage and normal attacks, and also deal Pyro, Hydro, Cryo or Electro damage outside the field. In this case, priority should be given to fire and ice, as they increase attack power and critical damage, respectively.

However, the best support character for the Wanderer will still be Faruzan, so we strongly recommend that you add her to the squad. All optimal commands are shown in the table below.