Crush Them All — Arena Progression

I hope you’re enjoying Crush Them All.  If you’re looking for the best way to progress through the arena leagues, this is the place.  This is one build that I think is optimal, but there are others that can get similar results.  I’m not covering every single option available.  In my beginner guide, I covered how to start your arena team, and I’ll go into more details on that here.  I’m assuming you’re following my recommendations in that guide (in all sections, not just the arena section), as they synergize well with this guide.  I have made an alternate account, and I’ve recently tested most of what is in this guide.  For rune suggestions, please use my Hero Encyclopedia.

I personally think Spike is a slightly better hero than Skeleton Giant (SG), but SG has a better element, so SG is going to be a better starter hero.  You can certainly choose Spike first, and many people do.  Expect it to be just slightly slower.  You’ll want to do both Light and Dark daily dungeons, to help build the light pool in addition to the dark pool.

Up until “Middle Platinum” everything is the same, except you’ll use Spike instead of SG.  In middle platinum you won’t use Monki Mortar, but will use Light buffers like Thor, Krunk, and possibly One Eye.  After that you’ll want to use more universal buffers (Onyx and Monki Roboti) instead of Monki Mortar, since that will buff both Spike and Dragon Bot.  Once Dragon Bot is 7

, I suggest bat in the normal build, but Spike’s team may want SG.  It’s not as clear.  Spike and Gladiator are both good wall tanks, and you really don’t need two.  So you’d want Spike to stay an AOE smasher, or you’d want SG to fill in that slot.  Other than those modifications, not a whole lot will change.

Ideal Team: Leaf Blade (if you have him) + Crowd Control + Randoms

Medal Requests: SG and Scud on Epic Sunday (or Onyx, Valkyrie, Alda, basically whoever you have)

The first week is a bit difficult.  Every new player will have different heroes, as you build your hero pool.  SG will be your first focus, but you may not have unlocked him yet.  Generally you’ll just want to use the highest

heroes that you have.  Each

heroes that you have.  Each doubles your Attack, HP, and Def, so that’s going to be more important than who is good and who is not.  And that’s also why we start on Commons, they’re easier to get to higher

.  Everyone starts with Luka, and he’s not much of a PVP hero, but he’s usable the first week.  If you have any crowd control, they are generally useful starting at 2

.  Everyone starts with Luka, and he’s not much of a PVP hero, but he’s usable the first week.  If you have any crowd control, they are generally useful starting at 2. Useful crowd control include: Monki King, Namida, Circe, Frost Queen, Xak, Goddess, Ra, Petunia, Bungun, Ser Shu, Trickster, Valkyrie, anyone with stunning, or any water with chilling.  I know, you won’t have any stunning or chilling runes now, but know this for future weeks.  Leaf Blade is very useful if you’re lucky enough to unlock him.  His Auto-Shield will help keep other heroes alive.  You should be able to get out of the beginner League, likely out of the Bronze League, and maybe out of Silver League.  I was able to only have one day of battle in Bronze and jump to Silver.

Medal Requests: SG and Scud on Epic Sunday (or Onyx, Valkyrie, Alda, basically whoever you have)

The second week is when things start to pick up.  It only takes 80 medals to get SG to 3

, which is 3 days of requests from your guild.  4 is 280 total, which is definitely doable by now.  If you gotten a few magic medals, you can get SG to 5

, which is enough to get to Platinum league.  You’ve already had a week of blitz, so you can afford to get SG’s to weapon level (WL) 3.  Use either Damage or Vitality sets.  The set bonus alone is enough at this stage, good primaries are a bonus.  Also awaken SG to as high as you can, which should be around 3

, which is enough to get to Platinum league.  You’ve already had a week of blitz, so you can afford to get SG’s to weapon level (WL) 3.  Use either Damage or Vitality sets.  The set bonus alone is enough at this stage, good primaries are a bonus.  Also awaken SG to as high as you can, which should be around 3.

If you didn’t make it to platinum in week 2, you should definitely make it there in week 3.  Now it will slow down. Now that SG is much higher than Leaf Blade, Leaf Blade will stop being useful, so you can drop him from your team.  Depending on when you started, you may or may not have Frost Queen and Namida.  You’ll want a chilling set on Frost Queen, which may require you to buy the Ice Chest from the blitz shop.  Namida just needs attack speed buffs, whether that’s the swift set, or aps primaries.

, start adding them for their buff.  Frost Queen and Namida will be the best crowd control at this time, so make sure you’re using them once you’ve unlocked them.

, you can start working on DB for your next common.  I recommend moving to Glad for your magic medals, as he will be vital later on.

about the same time.  The above team is enough to get you to Diamond on the last day of the week, by spending 20 flooz.  This will keep you floating between Diamond 1 and Platinum 3, which is worth more starshards than Starting at Platinum 1 and working up to 3.  It’s definitely worth spending 20 flooz/week for this.

The next big change is when you can add gladiator, which is when he becomes 5

5WL6.  You’ll want Vitality and Nimble sets with as many HP primaries as you can get.  Glad will now take the brunt of the attacks and crowd control, allowing SG to deal damage uninterrupted.  There are two options, one with Monki King, and one with Frost Queen.  Frost Queen doesn’t have a lot of range, so if you go against someone with AOE, she will die.  Otherwise, she’s great at crowd controlling. The other option is using Monki King.  Before, he would out run SG, and get killed before stunning anyone.  Now, if you use both Onyx and Kage, he has a ⅓ chance of doing that, and ⅔ chance of being great.  Once Scud gets to 5

, it’s tough sacrificing Scud for Onyx.  You should be staying in Diamond more, and not dropping back to Platinum 3 much any longer by this time.

Finishing off DB isn’t going to change things up too much.  I’m only adding this section to point out that you should work on Bat next.  As you have two front line heroes, you don’t really need Spike for Arena, although he would be great in GW.  Bat will benefit from Monki Mortar’s buff.  If you were to go with Spike, you’d have to switch Monki Mortar out for Monki Roboti or Onyx.  The

/ of your other heroes is going to vary from what I have above.  Weapon Level 9 is eventually going to be desired on SG, Glad, and DB, but you might not have those yet.

You should be comfortably in Diamond now, and you’ll be here for a long time.  The jump to Legendary is pretty difficult.

Now that you have a 7

Glad, you may be able to push to Legendary on the last day of the Arena week.  You’ll most certainly get pushed down to D3, and even D2, but at least you won’t start at D1, and you’ll get the weekly bonus for Legendary.  Getting here will take time, so I’m not sure exactly the

Glad, you may be able to push to Legendary on the last day of the Arena week.  You’ll most certainly get pushed down to D3, and even D2, but at least you won’t start at D1, and you’ll get the weekly bonus for Legendary.  Getting here will take time, so I’m not sure exactly the of your other heroes.  Feel free to take DH to 7

6WL9 whenever they get to 7

.  Once Scud gets to 6, and you have attack range runes, you can take him to 7

, feel free to use him over Bat.

Medal Requests: Your Choice of Common and Scud on Epic Sunday

Magic Medals: Spark if not 7

In my encyclopedia, I define Late Game as when you stop using commons in the arena.  This is the first team that’s really capable of beating a team with commons.  You may be at a lower power than a team with commons, but the team buffs and basic stats of rares and epics can overcome this power difference.

There’s a big difference between Late Game and End game.  There are a whole lot of options to go from here.  This is where most people will “end” if they play long enough.

I define End Game when you’re using only Legendaries and Epics plus one or two Rare heroes in the arena.  DH is the main rare you’d want to use.  Having a viable Ornok is really only available to VIP 9 players, Leaf Blade would replace him if he’s not available.  This is really the base team, the arena bonuses can change heroes out. 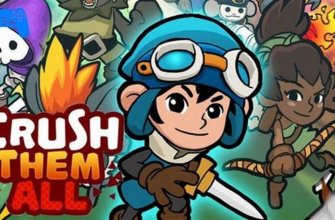 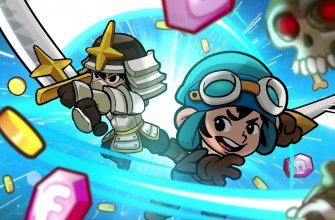 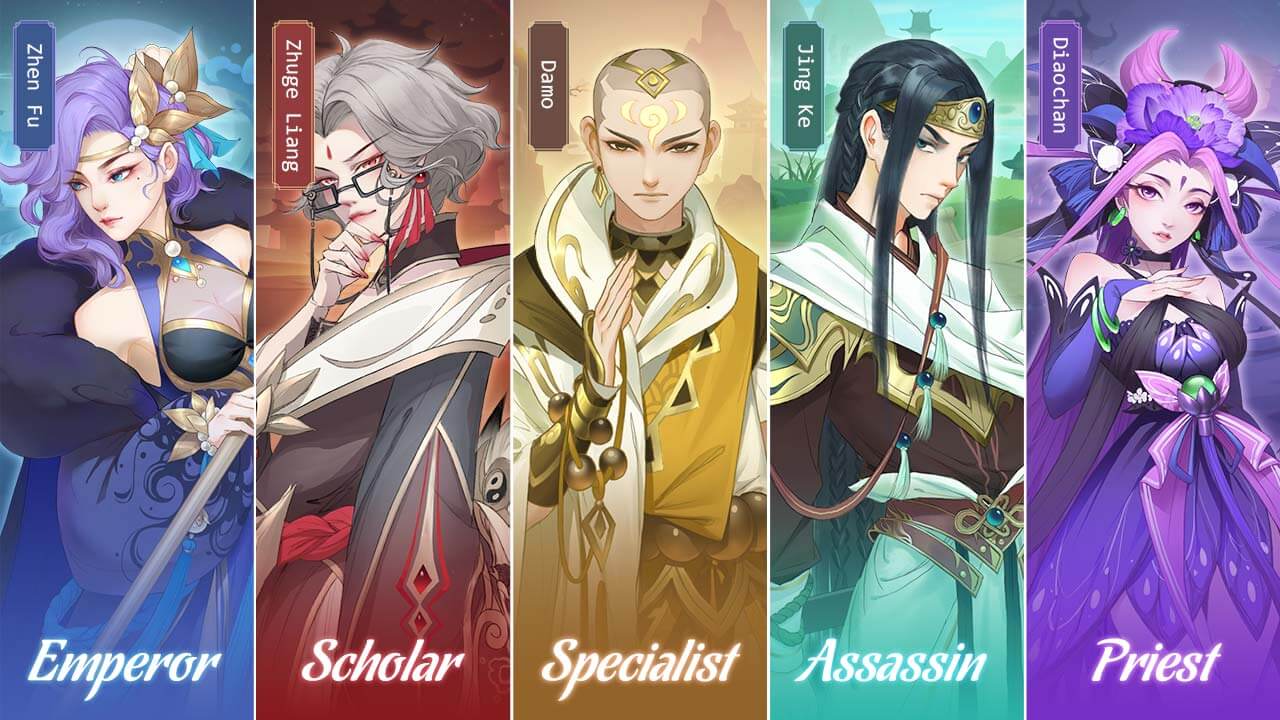 Might and Magic Heroes Era of Chaos — Unofficial General Tier List
This tier list is for how good individual units are
07.6k.
wpDiscuz
This site uses cookies to store data. By continuing to use the site, you consent to work with these files.