All Starlight Mergers in Genshin Impact: where to find stars and how to use 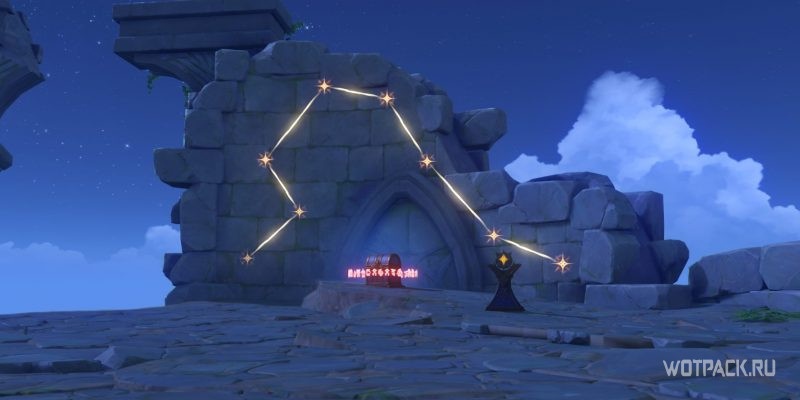 Starlight grants chests – where to find all stars in Genshin Impact.

Starlight Confluence in Genshin Impact is a Dangerous Island quest item available as part of the 2.8 Summer Sea Trip event. Asterisks are located in various places: both in plain sight and in the most hidden corners. Collecting a certain amount will allow you to receive generous rewards.

In this guide, we'll show you where to find all Starlight fusions, what they are for, and how to use them.

How to collect Starlight fusions 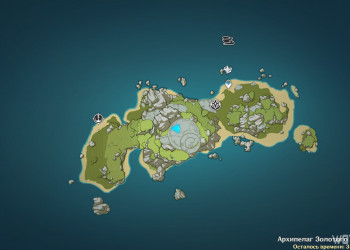 In order to use Starlight Confluence, you must travel to a constellation. Visit Dangerous Islandand, using the pond of dreams, change the appearance of the island to ruins. Move to the west of the location and climb the cliff to a huge round building.

After climbing the wall to the top of the tower, go to the right and climb the vine towards Mona. To her left is a constellation of 8 Starlight Confluences. If you approach the mechanism to the right of the chest, you will be able to use this item.

You also need to collect stars to complete the quest Wasted Labor.

Where to find all the stars (Starlight Confluence) in Genshin Impact

Despite the fact that you only need 8 pieces to receive a reward for completing the quest, there are 17 of them in the game: go to any of the indicated places and collect them.< /p>

On the same top of the ruins where Mona and the constellation are located, there is a puzzle with star markers. To activate the object, you need to hit it, in addition, the pointers can be rotated, approach it and press “Rotate“.

Interacting with each pointer, arrange them in such a way that you get a figure, as in the screenshot. The appearance of the chest signals that everything is done correctly. In addition to the reward, Starlight Confluence will also pop up: follow it and bring it to the constellation.

From the previous puzzle, go east to a bridge that ends in a cliff. Directly below the ledge, a Starlight Confluence flies. Jump down and fly to it with the glider: there is an invisible plate directly below the object, pick up the object and move to the next one. 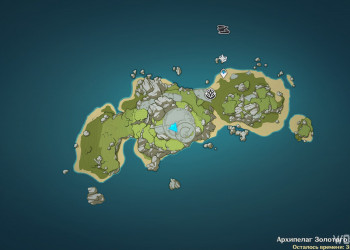 The ruins where Mona and the constellation are located have another floor. Go down and enter them from the south side. Light all the torches, 3 of them around the timer, 1 on the left, it is littered with rocks that need to be broken. Pull one of the levers to open the hatch.

< p>Move on to the room with vases. The grate needs a key, which can be obtained in the ruins, where the Traveler will visit as part of the quest Wasted Labor. Open the passage and destroy all the vases as soon as possible to get through.

Turn the corner: the fusion flies on the stairs, bring it to the next floor so that it stands above the vase. There is a hole in the wall to the right, jump into it and carefully walk along the edge to the second star. Take her to the same place where the first one is standing as quickly as possible. When both fusions are nearby, you can pick them up and open the chest. 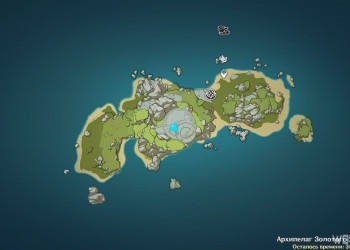 At the top of the ruins, next to Mona, insert all the Starlight fusions found into the constellation: this will start the mechanism and around building, a star road will appear leading to the very top. Run in a spiral to the top, at the exit from the bridge you will find a Luxurious Chest.

Turn to the pillar that stands to the left of the chest. Right on top of it there is another star: you just need to climb up.

From the highest point of the ruins, look inside the circle: in the distance, on the opposite arch, but lower, there is another confluence starlight. Jump down and fly to the building to collect another star.

As in the case of the second asterisk, you need to fly to a certain place. Stand on the eastern edge of the ruins (or jump off the archway if you're collecting after 6 stars) and fly straight east without descending. You will soon see a faint yellow glow, which is the Confluence of Starlight. Get to it, there is an invisible slab under the item that will not let you fall.

Go down and go to the main part of the island: you need to go to the underground part of the ruins, near Mona's Pond . There is a constellation on the wall to the right. Approach it and press “Touch” to force the extra star to leave the illegal location.

The Starlight Amalgamation will fly out of the wall, follow it: it will lead the Traveler to a cliff, then stand on a slab . Take the item and activate the pressure plate to see the location of the stars on the nearby rock.

The 9th Starlight Conflux is located within easy reach and no puzzles can stop you from collecting it. Move to the west of Dangerous Island, following the coast. Turn into the grotto connecting the northern and southern shores. In the center of the passage you will see a star surrounded by hilichurls. Defeat the enemies and claim the item for yourself.

Reset the location and head towards the eastern cliff of Danger Island: it's easiest to stand in the center of the main mountain, climb to the top and fly from it. On the southwestern part of the “second” rock there is a small stone ledge, and on it is the tenth confluence of starlight.

On the same “original” Danger Island, you need to go to the grotto near the eastern cliff. From afar, you can see that something is glowing on the wall. Approach the wall and press “Touch” to release the star from its imprisonment. Move right behind her, soon she will dive into Mona's pond and find herself in a large version of the island. Follow her,

Following the guide, you need to go around the eastern rock and climb it. As a result, the star will be on a small ledge, where 4 torches are located. The Starlight Fusion will stand next to one of them, after which the item can be picked up.

First, move to the original version of the island. In the center, near the pond, there are 4 monuments, they need to be activated in a certain sequence (also needed for the Discarded Chevron):

Go to the lower level of the old ruins. There are 4 monuments again, they need to be activated in a specific order:

This combination will eventually open a portal, use the wind from behind to fly into it.

As a result, the portal will take the Traveler to the sky, where there is a Luxurious Chest and 3 Starlight Mergers on an invisible plate.

There is a bug with this puzzle, our team tested the solution of the riddle from three accounts and each time the sequence was different. However, use the above first.

Return the island to its original state, then head to the eastern cliff. Go around it and go to the southeast, there you will find stones that can be broken. In this way, you will be able to release another Radiance of Starlight, follow him and climb to the top of the cliff. You will end up on the ledge where the star landed.

After jumping off some hill, head to the north of the island. Fly towards the stones, soon you will see a ruined road made of stone bricks, and under it there is a cave covered with roots and foliage. We must brazenly infiltrate the Hilichurls' hideout, destroy them, and take the Starlight Glow.

Climb to the high point of the island and jump off it, fly south and find a Starlight Glow floating in the air. This is the last asterisk available.

How to use Starlight Merging in Genshin Impact

When you have the required 8 stars, insert them into the constellation and it will glow. Open the Luxurious Chest to get a reward, it will also release a Starlight Confluence: follow it along the path that appears.

First go through the already existing star path, when you climb to the top, the star will start create a straight path to the sky.

Go up until the glow stops. Press “Touch” to move under the sky. 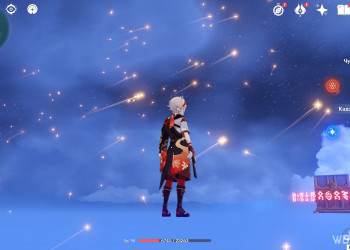 Look around and you will find a Starlight Glow and behind it is a Luxurious Chest. Interact with the star to activate a cut-scene: the stars will start flying up, after which two of them will separate and return to the chest, removing the barrier from it. Claim your reward.

Bookmark this page for the location of all Starlight Blazes. Ask questions in the comments and follow other Genshin Impact guides on our website.

Explanation of Dendro reactions and squads with new Dendro characters in Genshin Impact
In an accessible way and using examples, we talk about
034

Club of negotiations in Genshin Impact: who suits and how to get
Detailed guide to using the ⭐⭐⭐ sword with stats and
012