Solving the monument puzzle on Dangerous Island in Genshin Impact 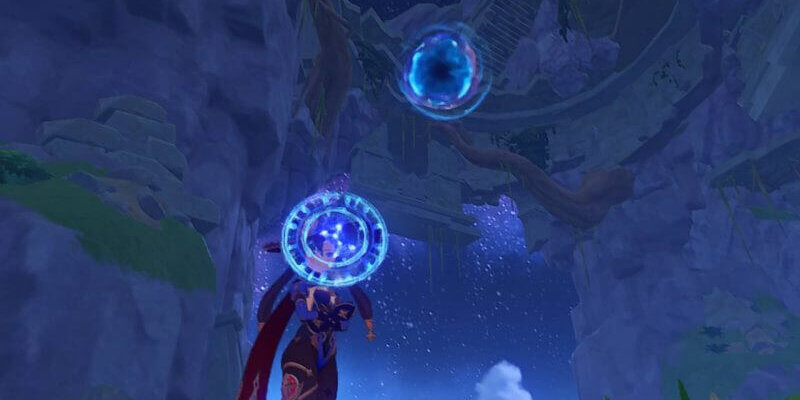 How to open both portals, complete the quest and get a luxury chest in the sky.

The Dangerous Island monument puzzle in Genshin Impact has been a thorn in the side of many players. It's impossible to tell if they are difficult or overly buggy, but in this guide we will provide all the ways to make the puzzle work and enable two different portals: to the initial island for the quest Discarded Chevron and to transparent platforms in the sky to a luxurious chest.

Where is the monument puzzle and how to open it

You can start solving the puzzle with four elemental totems only after completing Mona's Ancient Azure Stars quest. After it, the Dangerous Island will be transformed and filled with various riddles, monsters and chests. 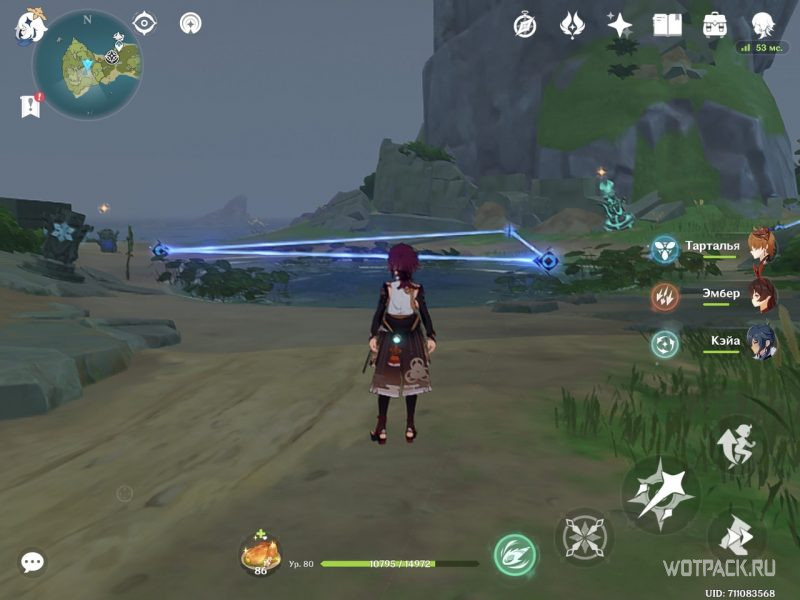 The second puzzle is located there, but on the mystical side of Danger Island. 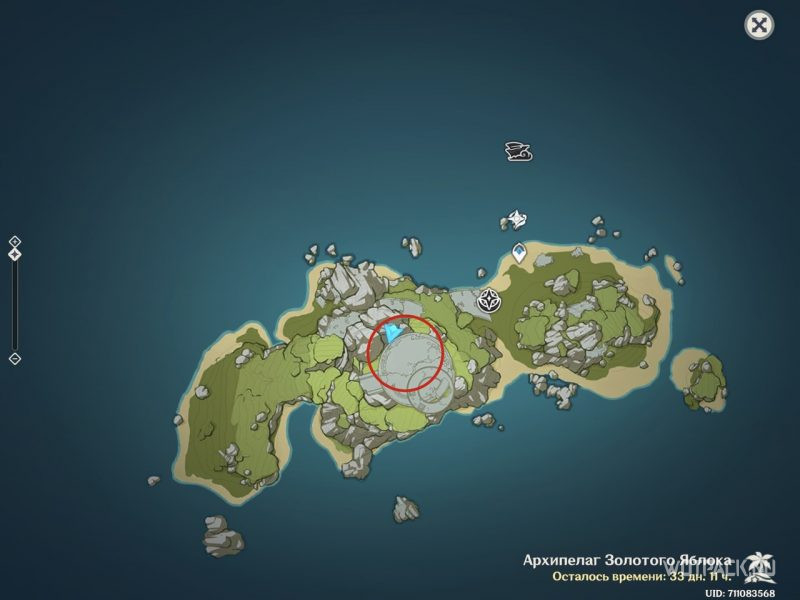 How to solve both Danger Island monument puzzles

< p>To increase your chances of solving both puzzles, first figure out the activation order of the monuments from the Discarded Chevron quest.

Monuments and portal to the initial island to Jacob

The riddle is solved during the Discarded Chevron quest on the regular version of Dangerous Island. Electro hammerer Chevka asks to find a comrade and follow the same path as him. 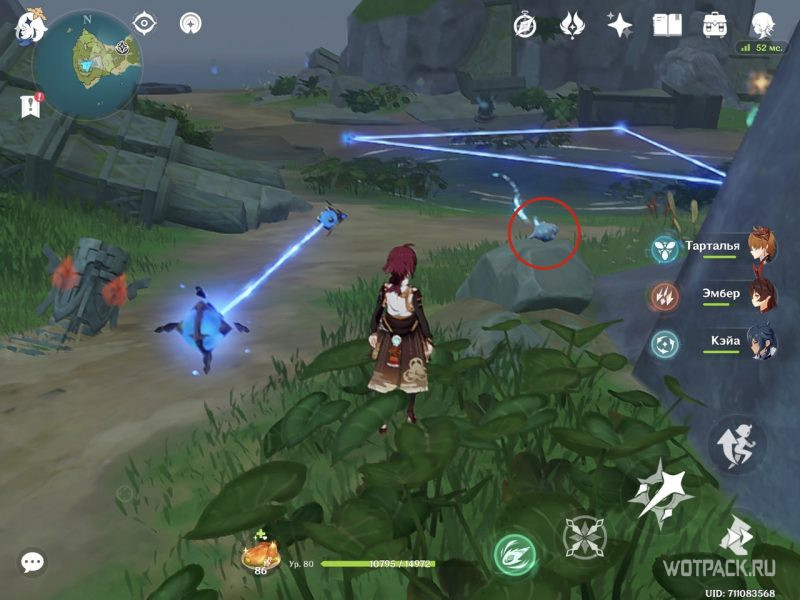 First, look for an echo shell on the beach, it lies between Anemo and Pyro totems . Interact with her to find out how the monuments will activate: Cryo, Anemo, Pyro, Hydro. Before enabling them, complete the following step. 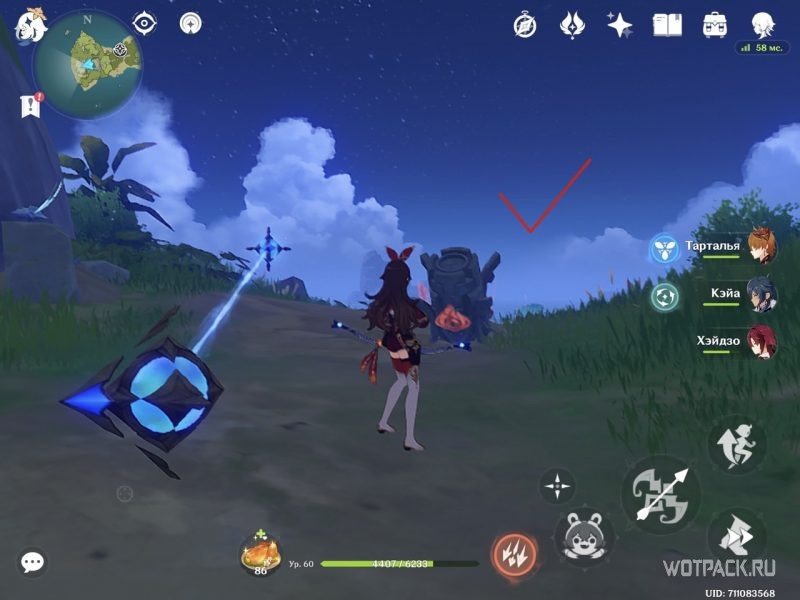 If stars are shining above disabled totems, you need to remove them. To do this, go to the monument and activate it:

If the star is lit over the onmonument, activate any other and follow the steps above for both in turn.

When all monuments are off and no stars above them, activate them in order Cryo, Anemo, Pyro, Hydro. In the process, they will go out and get stars: that's how it should be, just complete the combination! 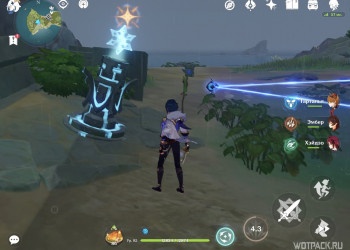 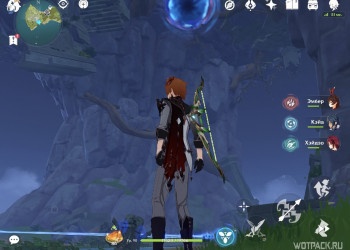 A portal will open up above and all the monuments will go out. Step into the puddle to pick up a regular chest. Hit the Anemo monument or the windmill to fly up into the wormhole on the air current and get to the starting island. Then continue the quest Discarded Chevron. 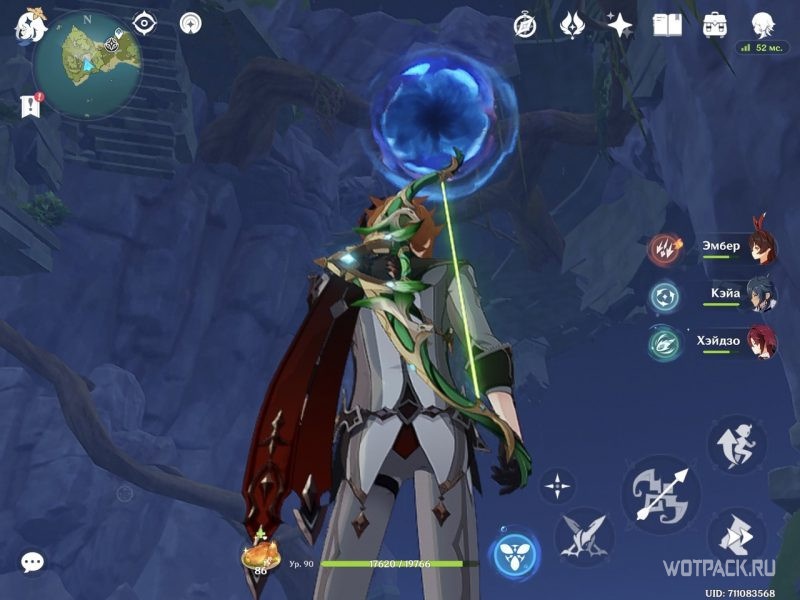 If for some reason the above order didn't work:

Monuments and a portal to the sky to a luxurious chest 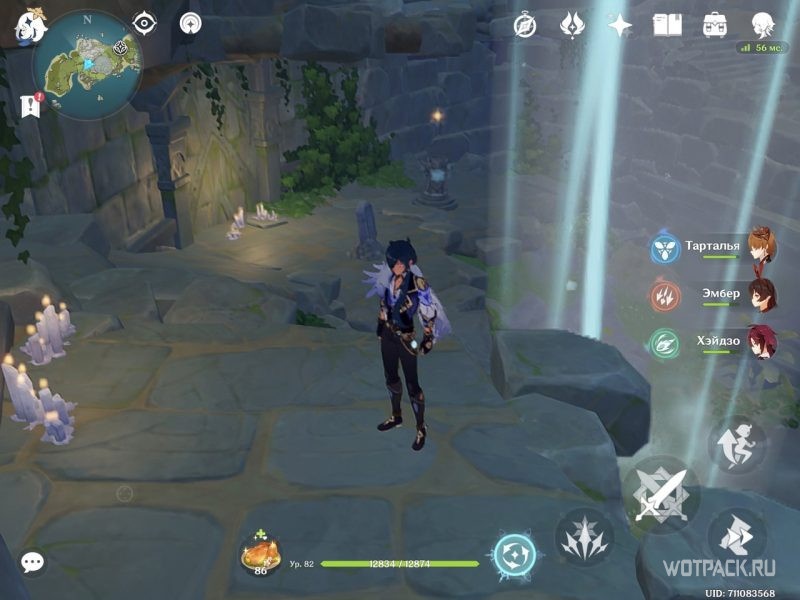 The puzzle is in the same location, but on the mystical version of Dangerous Island. It is highly recommended to open the quest portal first and then solve the puzzle to get the chest. 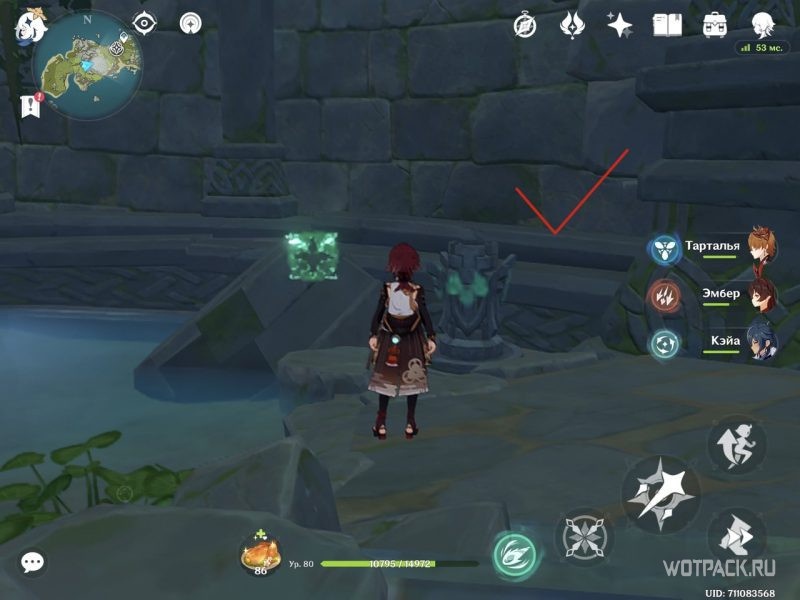 Make sure that monuments have no stars above them before activating. To do this, as before, activate the turned off totem with a star:

If the monument with the star is already enabled, activate any other and repeat the steps above for both. At the end, all totems must be off and without stars!

An ancient stele stands near the Krio monument. Read it. It says that the symbols from the cliff above to the cove below must be lit in order to open the door. 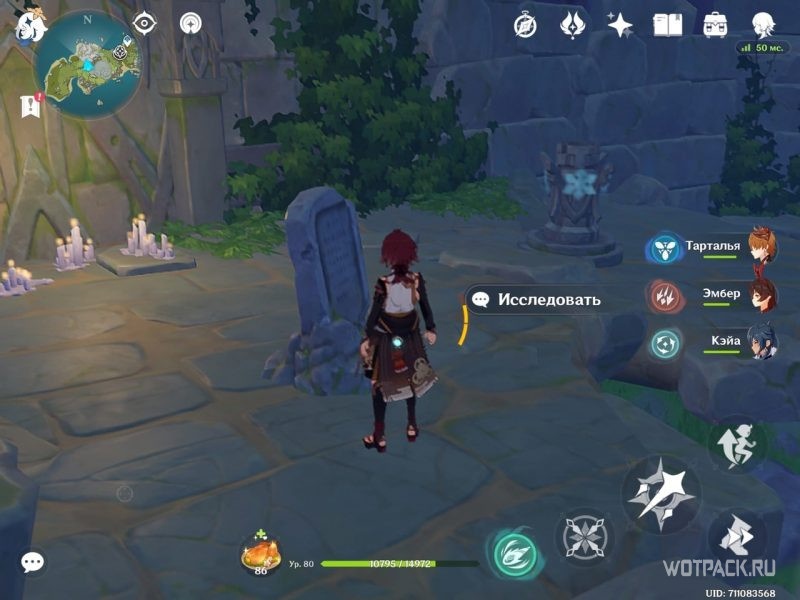 Next, turn on all the monuments in the following order: Pyro, Anemo, Cryo and Hydro. In the process, they will go out and get stars: that's how it should be, just complete the combination! 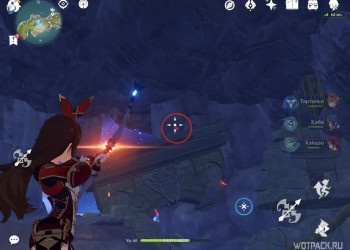 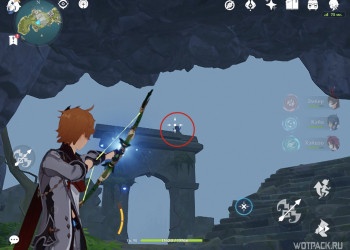 A portal will appear. Hit the windmill and fly into it to get to the transparent platforms in the sky. Collect a deluxe chest. 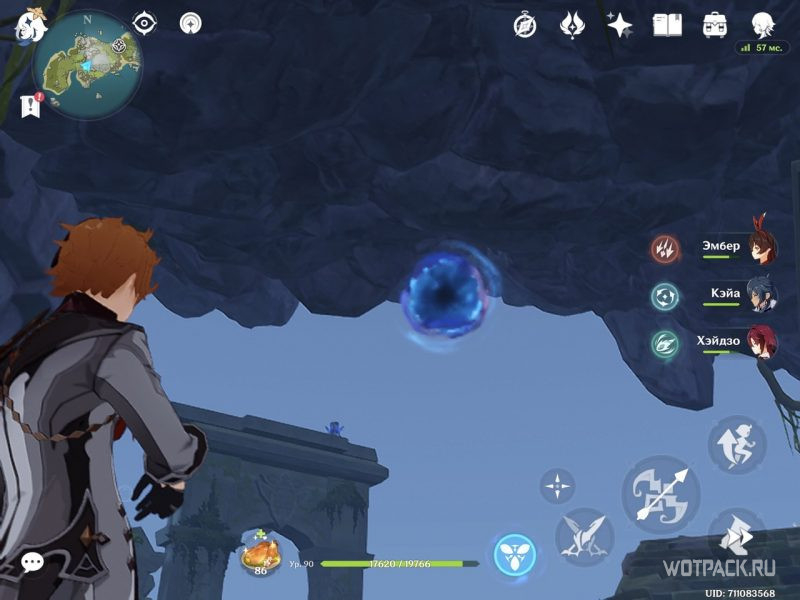 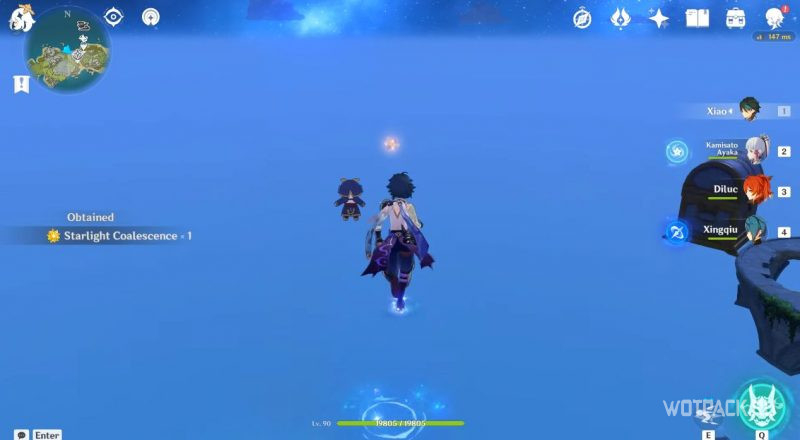 If the above procedure didn't work:

If you don't understand anything, ask questions in comments. Share your ways of solving the problem and write if everything worked out according to the guide. Follow our Genshin Impact guides on our website.

Where to find all the characters in the Golden Apple Archipelago in Genshin Impact 2.8
Location on the map of all characters and topics for
065

Explanation of Dendro reactions and squads with new Dendro characters in Genshin Impact
In an accessible way and using examples, we talk about
036

Club of negotiations in Genshin Impact: who suits and how to get
Detailed guide to using the ⭐⭐⭐ sword with stats and
016

Genshin Impact Secret War: How to unlock and complete the Vicious Battle Challenges
Detailed walkthrough of the event to get all the rewards.
042