Where to find all the characters in the Golden Apple Archipelago in Genshin Impact 2.8 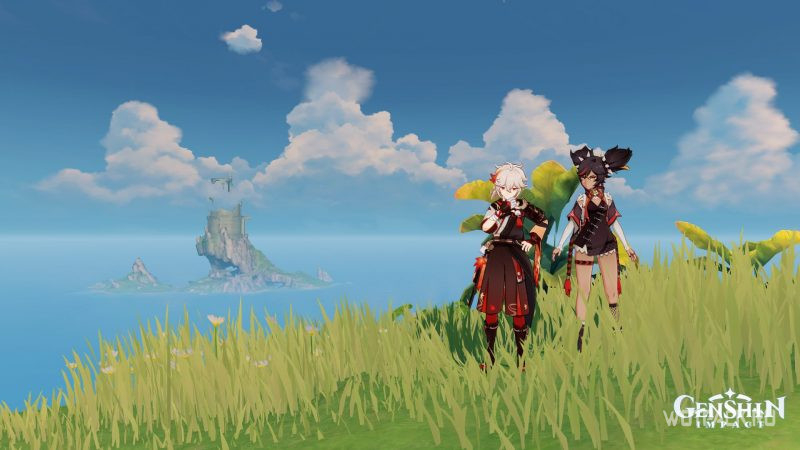 Location on the map of all characters and topics for conversation with them.

At the end of the journey in the Golden Apple archipelago, our companions and adventure friends stand in different parts of the map. You can discuss the events with them and get their opinion. This article lists the character locations in the Golden Apple Archipelago in Genshin Impact, as well as various topics to discuss with them.

Location map of all characters in the Golden Apple Archipelago

You can find characters only after completing the quest Summer Sea Voyage 6: Rhyme and Melody of a Summer Dream. The map shows the approximate location and names of the islands where you can meet the Traveler's friends. The following is a detailed breakdown of how to get to the characters and talk to them.

Where to find characters in the Golden Apple Archipelago in Genshin Impact 2.8

In addition to vacationing with the Traveler, Kazuha, Xin Yan, Fischl and Mona, Venti will also meet.

The next character, Kazuha, is located not far from Pudding Island, next to bonsai. To find it, just teleport to a small piece of land north of the big island and follow east. 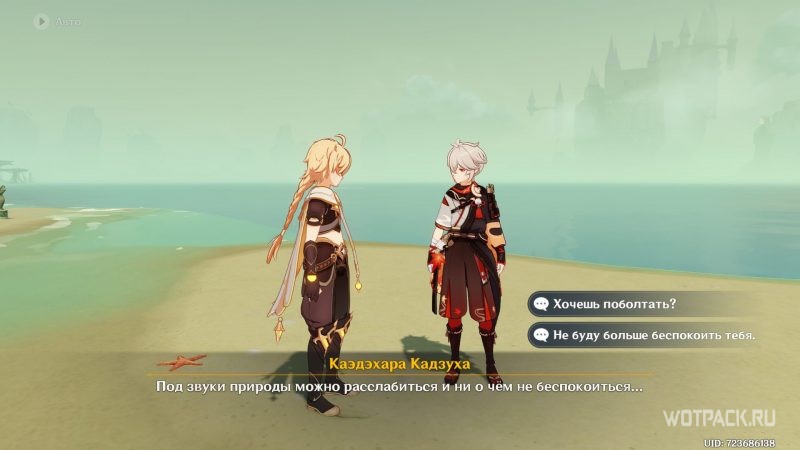 If you ask Kazuha about the tavern incident from the beginning of the event, he will express his regret that The traveler found him like this. Ask about the past, and the hero will answer that he has already let go of what happened to him and is not trying to grab on to the events of past years. Later, the character will change the topic to the landscape of the archipelago and thank you for your friendship with him. Clarifying the question about vacation,Kazuha will tell you that he will be happy to share the story of this journey with Bei Dou and the sailors.

To get to Xin Yan, all you need to do is use the teleport on the Broken Isle

strong>. A character is waiting south of a spring source and a huge flower. 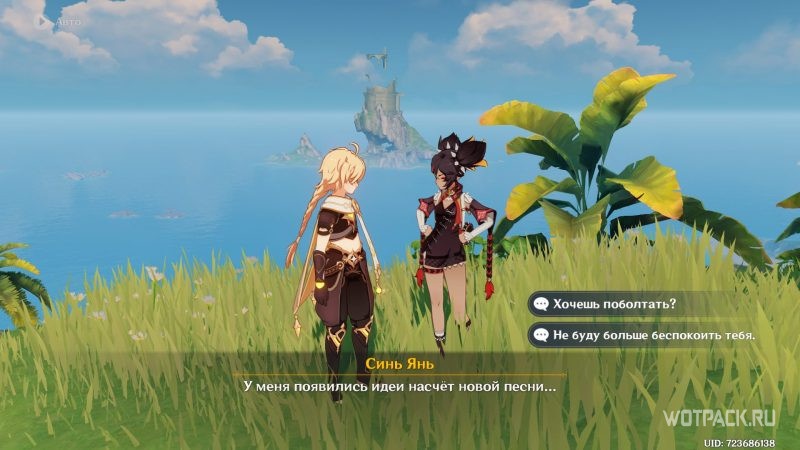 At the beginning of the dialogue with Xin Yan, she can tell about her friends. The girl believes that the travel story will inspire her friend Yun Jin to write a new opera and encourage Xiang Ling to come up with ideas for new dishes. She also mentions that she would like to know the recipe for the violet melon that Kazuha was talking about.

After asking about music, Xin Yan asks if the Traveler was upset that in his dream world she didn't play rock and roll. The girl will also tell you that it is easier for her to convey emotions through music. You can also find out the impressions of the character about the vacation. Xin Yan is delighted with the emotions received during the trip and is grateful to Venti for the invitation. 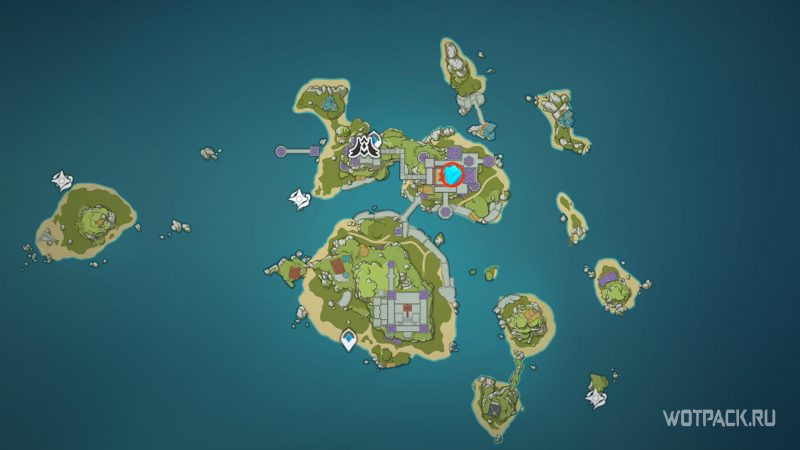 To get to Fischl, you need to teleport to Steam Island and move east. It is worth being more careful, because monsters can meet on the way. After that, at one of the rocks, find an elevator that leads directly to the castle. Having risen and overcome a small corridor, you will see Fischl and Oz on the balcony in the assembly hall.

To the option about the Raven Theater, Fischl will answer that he would like to know the Traveler's opinion about this spectacle. When asked about the Chants of the Sacred Realm, the girl will tell you that this is the sacred scripture of the Nirvana of the Night and ask you to be careful with the book. Oz will add that the milady is glad, because the Traveler takes the chants with all seriousness. Clarifying about the vacation: Fischl liked being greeted with a grand ceremony, but she is sad that the trip must end soon. 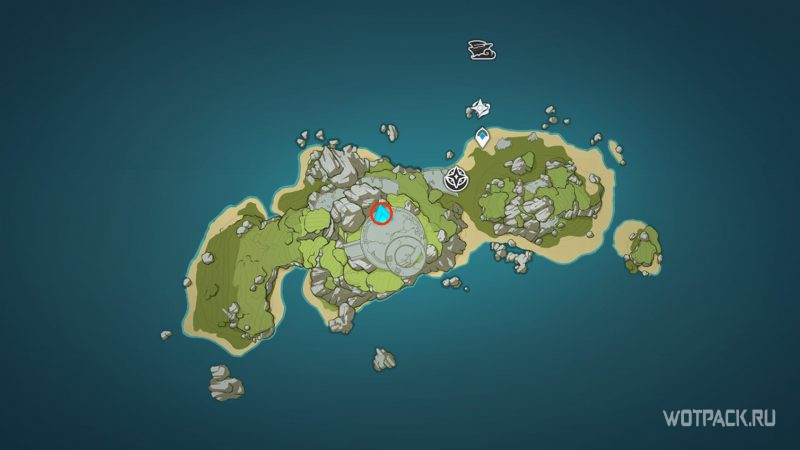 To the location where Mona stands is pretty hard to get to. One of the easiest ways is to use the Anemo monument in the ruins of the ruined toweron Dangerous Island. It can be found opposite the stone tablet and the Cryo Monument. Then wind currents will appear, planning along which it is possible to get to the top of the tower, where the character is waiting.

An alternative climb option will appear when completing the quest Wasted Labor.

When asked about the fortune-telling bowl, the girl will talk about the strange behavior of the device, as if someone is preventing her from learning the whole truth. When clarifying about starry skyMona will ask about the feelings of the Traveler when looking at the stars. When asked about vacation,, the girl will answer that although Fischl begged her to go and had no particular desire to travel, Mona is still satisfied with the rest and the impressions received. She will mention that she wants to be the guardian and witness of other people's destinies. 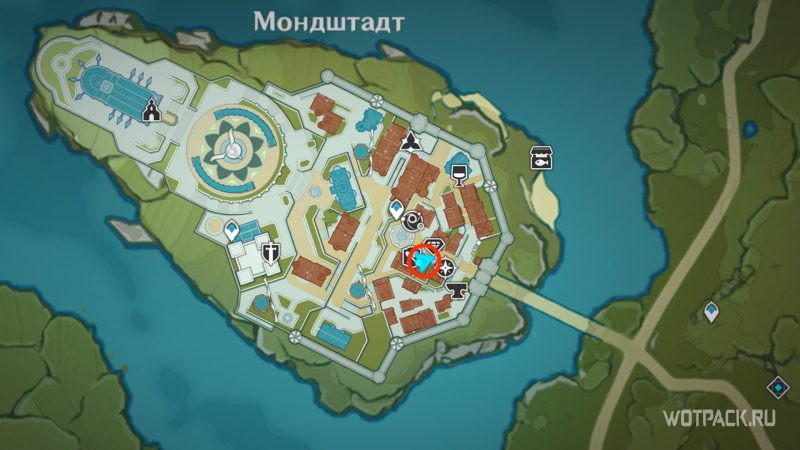 Venti can found in Mondstadt, on the roof of the Cat's Tail tavern. It is opposite Marjorie's shop, between the Good Hunter Restaurant and the Adventurers Guild. There, the bard gives a performance even after the first quest Another vacation in the Golden Apple archipelago. If you climb up and talk to him, Venty will only say that because of the cats at the tavern, he does not intend to go down yet.

If anything is unclear, ask questions in the comments. Share your opinion about the heroes and their dream worlds, as well as the trials that the Traveler had to go through. Follow the walkthroughs and guides for Genshin Impact on our website.

Genshin Impact: Sea Salt Covered Key – where to find and what it's for
Which doors the event item opens and where to find it.
027

Solving the monument puzzle on Dangerous Island in Genshin Impact
How to open both portals, complete the quest and get
0218

Sweet Dreams by the Sea in Genshin Impact: Correct Answers to Paimon's Questions
How to help Paimon remember her dreams and get all
021

Explanation of Dendro reactions and squads with new Dendro characters in Genshin Impact
In an accessible way and using examples, we talk about
012

Club of negotiations in Genshin Impact: who suits and how to get
Detailed guide to using the ⭐⭐⭐ sword with stats and
02

Genshin Impact Secret War: How to unlock and complete the Vicious Battle Challenges
Detailed walkthrough of the event to get all the rewards.
016

Monuments on Pudding Island in Genshin Impact: Electro, Anemo, Geo, and a fairy with a precious chest
Solving the puzzle with Electro, Anemo and Geo totems
04
wpDiscuz
This site uses cookies to store data. By continuing to use the site, you consent to work with these files.