Fafnir is a new support hero who strengthens and protects his allies throughout combat. The character is not the easiest because of his shield mechanics, but he fits perfectly into the Phys. team. He can be especially useful as a support in teams with tanked gunners / fighters. He’s also good at replacing Marta on attacking teams, but has the mechanic of being a “random target” when there are multiple heroes with Dexterity in a stack.

Stuns all opponents for 2 seconds and applies the effect of the Runic Blade ability to all allies. If there is an ally with Runic Shield on the battlefield, all all allies get the same amount of shield effect.

Fafnir chooses a random ally and starts using his basic attacks to forge a Runic Shield for him. The strength of the shield increases with each hit. The shield is activated if the hero takes damage that reduces his health below 25%. Activated shield absorbs any damage. Once per battle, the Runic Shield protects the chosen ally from lethal damage. Heroes with Dexterity as a base characteristic are given priority when choosing an ally.

Enchants the weapon of an ally for whom Fafnir forges the Runeblade, increasing the damage dealt by the ally’s physical attack for 8 seconds.

When an allied hero stuns an enemy, Fafnir places a Seal of Consciousness of Flaws on that hero for 10 seconds, increasing his Armor Piercing score. When stunned again, the Seal’s duration is renewed and the bonus to Armor Piercing is summed up to 5 times.

Blacksmith Mastery – the main feature of this skill is to spread damage and shield to the whole team. A stun of 2 seconds is recommended rather than mandatory. As the skill level increases, only the chance to stun the target increases, which becomes irrelevant against Sebastian. That’s why it’s only available if you have extra gold.

Runic shield is one of Fafnir’s main skills. How this ability works: Fafnir chooses a random character with Dexterity parameter (or any other if there is none) and strengthens it with the shield until that character dies. The shield absorbs damage and saves the chosen hero once from death. When a character dies, a new hero is chosen from the team on the same principle. Pumping is a must, the skill is useful, but does not work against Sebastian, as indicated earlier in the triggering of the death blow + Sebastian’s Fighting Song.

Runic Blade is an excellent skill for increasing the physical damage of the hero, who is chosen as a target for the Runic Shield. When the first skill is triggered, it spreads the increase of damage to the whole team. Must be.

Knowledge of Flaws – A very good skill that works both when the team has an attacking hero with a stun (such as Ismail) and when the attacking hero is able to stun enemy characters with huge damage (such as Dante under Nebula). Such a hero is subject to a pierce armor increase for each enemy character stunned. It lasts for 10 seconds and is renewed (and adds up to 5 times) for each subsequent stun within that time.

At the moment, the hero only has a basic appearance of strength.

The symbol swings first because shield strength, damage increase and armor penetration bonus depend on the physical attack of the Fafnir.

The symbol swings to 30-35. When using Fafnir in a team with Ismail/Dante/Ju/K’arh tanking, it is not necessary to pump the symbol to the maximum, because this will slow down the accumulation of energy by Fafnir, which will not allow to increase the damage of the whole team at the beginning of the battle. When using the hero in teams with the tank, the symbol can be raised to 40, since the battles will often be long.

The symbol is set to maximum, because this parameter increases the physical attack of the Fafnir, which in turn increases the strength of shields, damage from Runic weapons and armor penetration of the team.

The symbol is pumped only when the server has a large number of mages. In other cases, you can not swing at all, Fafnir and so will be fine to live.

The symbol is the last to be swung, because the hero has a large health, good defensive characteristics and armor artifact. Only swings when Fafnir doesn’t take physical damage, but only if it’s a priority over the anti-magic symbol. 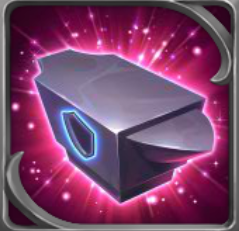 — up to the Three Stars first. After up evenly with the third artifact.

— It’s the last thing to rock.

is used as a patron, which increases the survivability of the hero.
If the pet is occupied by another hero (e.g. Tank, Jorgen, etc.) then the patron is Mara.

Fafnir is a highly-targeted hero who best enhances characters that can deal a huge amount of instant damage. Great for tanking Ju/Dante/Ismail/K’arh, increasing their survivability and damage. Best of all, at the moment, with Dante the tanker (dodge, shield, armor piercing). Complements the team with Daredevil well, allowing it to beat the tanks, ignoring almost all their armor and the team with Ishmael, which gets armor piercing every third hit + while dealing huge damage.

If you compare Fafnir to other popular support heroes, Martha is more suitable for long battles or in Jupaka for speed, while Fafnir is useful even if the battle lasted 20 seconds (Piercing armor with 4 skill triggers every time the hero stuns with a skill or his damage. So even Dante under Nebula will get 4 armor piercing charges the first time he uses his skill).

Nebula can’t be replaced by Fafnir, because the damage bonus and armor piercing don’t give the same damage as Nebula’s ball. That’s why it’s best to use these two support heroes together.

Sebastian’s skills, which both block negative effects and allow shooters/fighters to deal crits and extra pure damage, are not worth the damage boost from Fafnir.

In the last few days I’ve had a chance to get a few more hits out of him, but I can’t get any more hits out of him. He’s much worse in teams with mages because of his type of enhancement. The exception is the team with Iris, Nebula, Celeste. But in this case you have to sacrifice healing for damage.

Marcus – Hero Wars
Marcus is another character in the game Chronicles of Chaos.
0292

Luthor – Hero Wars
Luthor is a good tank. Has a unique control ability
0174

Chubba – Hero Wars
Chubba is a good tank with control. Has a number of
079

Fox – Hero Wars
Fox is a peculiarly controlled shooter that requires
0124
wpDiscuz
This site uses cookies to store data. By continuing to use the site, you consent to work with these files.